﻿Q: What is the difference between an HMO and Managed Care?

A: Health Maintenance Organization ( HMO ) is a form of Managed Care. Other forms of Managed Care include PPO’s ( Preferred Provider Organizations ) and POS ( Point of Service ) plans. Generally speaking, PPO’s offer better “in-network” than ” “out-of-network” coverage and do not usually utilize a primary care physician referral process. A POS plan is like a PPO in that it offers better ” in-network” than “out-of-network” coverage but it differs from a PPO plan in that a gatekeeper or primary care physician (PCP) is an integral part of the referral process.

Q: How does Managed Care differ from Traditional Insurance?

A: Managed Care plans (HMO’s, PPO’s and POS) presuppose the use of a network of hospitals, physicians and other providers. These plans may or may not require referrals from a primary care physician. Those that require the use of a PCP are known as closed” or “gatekeepered” plans while those that allow direct access to specialists are known as “open access” plans.

On the other hand, Traditional Insurance plans do not presuppose limited provider networks. They are in effect plans with complete freedom of choice of doctors, hospitals and other providers.

A: Yes. Coverage varies from state to state. In Connecticut, coverage for groups of 1 to 50 lives is mandated for mental illness and substance abuse. On an inpatient basis mental illness must be treated the same as any other illness for 60 days per member per calendar year. On an out patient basis mental illness must be covered at a level of 50% of the maximum allowable amount up to $2,000 per person per calendar year. Expenses incurred in connection with behavioral health problems which are biologically based are not subject to the sixty day calendar year limitation.

Substance abuse must be covered subject to a member co-payment of no more than $200 per admission for inpatient services for at least 45 days per calendar year. Coverage may be more liberal than state mandated levels.

Individual health insurance carriers are not constrained by mandates and many limit coverage for mental illness and or substance abuse to a specific lifetime maximum of $10,000 or similar amount.

Q: What types of expenditures are commonly excluded under major medical plans?

A: Under traditional major medical plans the following are a few of the typical exclusions:

48366. charges which would not be made in the absence of insurance

48367. charges for services that are considered experimental or investigational

48369. charges for services and supplies that are not deemed medically necessary

Q: What is the difference between coinsurance and co-payment?

Co-payment, on the other hand, refers to the small up front charge paid by the insured before benefits are accessed. For example, there may be a $5 co-pay for prescriptions or a $10 co-pay for office visits. Generally speaking, after the co-pay has been satisfied, the balance of the expense is picked up by the insurance or other health care carrier.

Q: What is COBRA and how does it work?

A: COBRA which stands for Consolidated Omnibus Budget Reconciliation Act is federally mandated. Applicable to all groups of 20 or more employees, COBRA affords employees and/or their dependents the opportunity to continue insurance for periods of time ranging from 18 to 36 months. Certain Qualifying Events trigger COBRA Continuation and they include termination of employment, retirement, death of a spouse, divorce or the reaching of the maximum age of eligibility. For example, under most plans, children cease to be eligible for coverage when they cease to be full time students. When no longer eligible under their parent’s health plan such former students are eligible for COBRA Continuation. Reduction in the number of hours an employee works also triggers eligibility for COBRA Continuation. One final point should be made. Connecticut’s continuation policy applicable to groups with less than 20 employees has recently been changed to mirror federal COBRA. Therefore, in Connecticut COBRA now applies to all groups regardless of size (i.e for groups of 2 or more employees).

A: Yes. However, all applications are subject to evidence of insurability. Most of the time when one is accepted by the insurance carrier, no exclusions for pre-existing conditions apply. However, carriers may issue riders excluding certain conditions or may “rate-up” standard premiums in order to cover increased risk. Individual carriers must provide a way for those denied coverage a way to obtain coverage. The carriers must EITHER offer a plan or plans which is (are) guaranteed issue OR they must contribute to a state run pool such as Connecticut’s Health Reinsurance Association. Most carriers have opted for the latter. State run pools while guaranteeing access to insurance coverage issue policies at considerably higher cost than similar plans offered by the insurance carriers to healthy individuals and their families.

Q: Are there medical conditions that would cause uninsurability?

A: Though it is difficult to address this question with uniformity, suffice it to say that in essence the group market is guaranteed issue. This means that even though an applicant may or may not receive the plan he or she applies for, there is ( are ) no condition (s ) which would render them uninsurable. If the insurance carrier/ health care carrier does not give the applicant the desired plan they would be required to give them a state mandated small employer plan. There are medical conditions that could keep an applicant from getting the individual major medical or health care plan he/she applied for. Heart disease, diabetes, cancer, mental illness and substance abuse are examples of chronic conditions that could preclude applicants from obtaining the individual major medical or health care plans of their choice. As noted above, people unable to purchase individual medical insurance in the private marketplace can get insurance at comparatively high cost through the Health Reinsurance Association in CT or similar pool in other states.

Q: Are employers required to purchase group insurance plans for
their employees?

A: The one word answer to this question is NO. During the health care reform debate of 1993 there was much discussion about an “employer mandate”. For a number of valid reasons employers are not mandated to offer or provide health insurance for their employees. It is common knowledge, however, that most employers though not mandated to do so offer insurance to their employees for a variety of reasons related to competition and smart business practice.

Q: If marital or family status changes, how quickly do benefits
take effect?

A: Change in marital or family status constitutes a “Qualifying Event”. If an employee marries or is divorced or if a child is born that employee can add or terminate the spouse or child within 31 days of the event. In fact, he/she must act within that time frame or face the prospect of waiting until the next “Open Enrollment”, an annual occurrence, to make the change. An arbitrary decision to switch from one spouse’s plan to the other in the absence of a “qualifying event” cannot be accommodated until the next open enrollment. 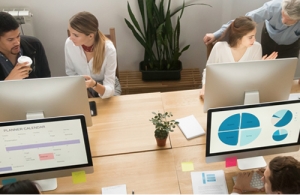 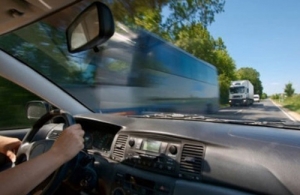 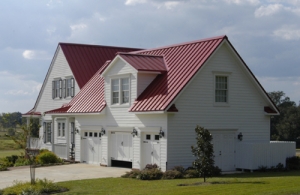 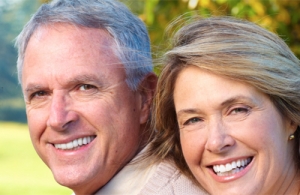